STRATFOR
aA
Referred to by some as "Europe's last dictatorship," Belarus has long had a complicated relationship with the European Union. The country has many of the hallmarks of a security state and has maintained one of the most restrictive visa policies for tourists, especially those from the West. 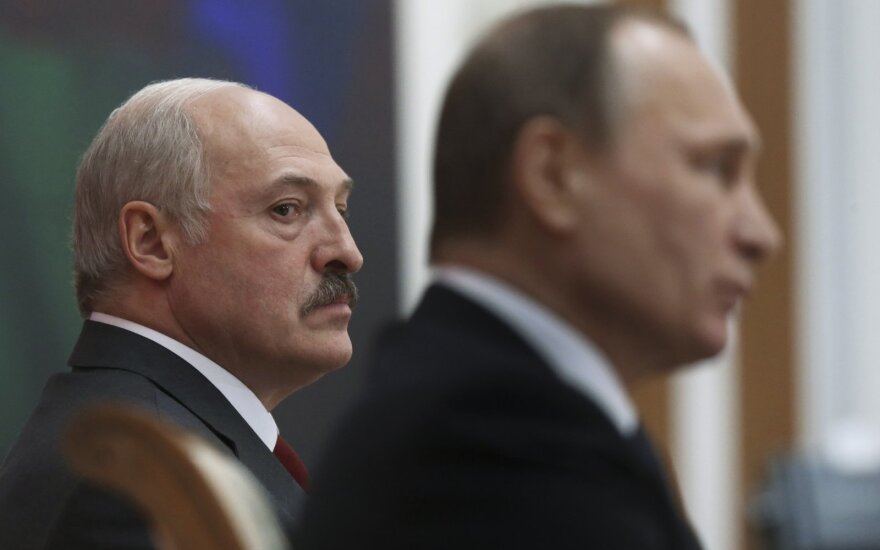 So it was notable January 9 when Belarusian President Aleksandr Lukashenko signed a decree allowing citizens of 80 countries — including the United States, EU members and Japan — to visit Belarus for up to five days without a visa. Once the decree comes into effect, one month after it is published in official Belarusian state-run media, travel to the country from the West and other parts of the world will become much easier.

At first glance, the change appears to be part of a broader trend: Over the past two years, Belarus, long one of Russia's closest allies, has become increasingly friendly with the West. Recent tension between Moscow and Minsk has led to more speculation that Minsk is distancing itself from Moscow while reaching out to the West. But the reality is much more complex and, although Belarus is gradually opening to the West, it will not come at the expense of its vital strategic ties with Russia.

Belarus is embroiled in a spat with Russia over natural gas prices and transit fees, leading to media speculation that the visa liberalization decree is a sign of Minsk's frustration with Moscow. Belarus, which receives virtually all of its energy supplies from Russia, frequently disputes pricing with Moscow, and Minsk has in the past sought to gain leverage in negotiations by reaching out to the West. The visa exemption decree also comes shortly after Lukashenko failed to attend heads-of-state summits for the Moscow-led Eurasian Union and Collective Security Treaty Organization in St. Petersburg on December 26, so some have interpreted it as direct retaliation on the part of Minsk.

In reality, Minsk has more complex motivations. Belarus has indeed engaged in a gradual warming of ties with the West and has signed several economic deals with the United States and EU member states over the past year. The European Union even suspended most sanctions against Belarus in 2016. This outreach to the West has not, however, come at the expense of Belarus' strategic relationship with Russia. Belarus remains a staunch security ally of Russia and has in fact strengthened military cooperation with Moscow in recent months. On Dec. 12, for example, in the midst of the energy row between the countries, Belarus and Russia agreed to conduct joint counterterrorism operations in both countries over the course of this year.

Therefore, the visa liberalization is not evidence of an impending shift in Belarus toward the West and away from Russia. Because the Belarusian economy has been struggling in recent years, Minsk has reason to look beyond Russia for financial reprieve. Russia has its own economic problems and does not want to be singularly responsible for propping up Belarus. The short-term visa decree is therefore likely intended to boost tourism from countries outside of Russia and the members of the Commonwealth of Independent States. Tourism accounts for around 2 percent of Belarus' gross domestic product. And though the concrete economic impact of a rise in tourism is likely to be small, it will improve Belarus' international image among tourists and investors alike.

Additionally, the visa liberalization decree is not a complete opening of Belarusian borders to the West. The short-term visas will be offered to visitors coming into the country's airports and will not apply to travel by car or rail. This will enable authorities to control the flow of people into the country more easily and will also avoid the complex issue of third-party nationals being subject to border controls between Belarus and Russia. Officially, there are no border checkpoints between the two countries, a result of the political and economic union, the Union State of Russia and Belarus, established between them in the late 1990s. In reality, border checks do happen from time to time. As with this agreement, the visa liberalization will be limited in nature and also subject to change or reversal as Lukashenko sees fit.

The introduction of even a limited visa-free regime does allow Belarus to show goodwill in its warming process with the West and could lead to further economic cooperation. But rather than signaling a strategic shift or coming at the expense of ties between Moscow and Minsk, this move could provide reprieve for both countries, even as they continue to squabble over the finer details of their relationship.

Election of far-right candidate Marine Le Pen as France's president would mean the end of the...

Lithuania continues to wait for Belarus ' response regarding a traffic regime that would facilitate...