Barnier in Vilnius: EU citizens' rights in UK to be protected

BNS
aA
EU chief Brexit negotiator Michel Barnier said in Vilnius on Wednesday that the rights of Lithuanians and other EU citizens already living in Britain will be protected. 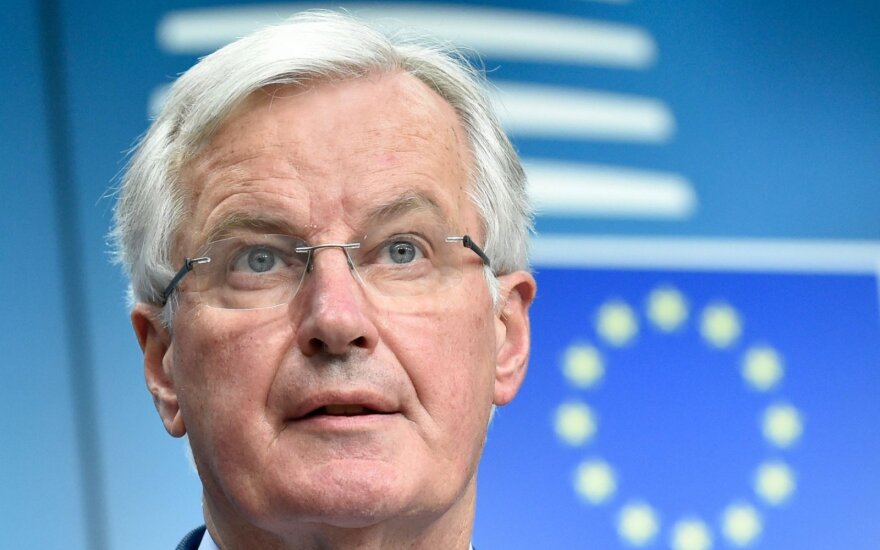 However, Barnier could not say how EU citizens will be treated in the UK after the Brexit transition period ends in late 2020.

"My answer is yes, speaking of the citizens, Lithuanians, French Germans, who have made already a choice of life in the UK in the past or until the end of 2020," the EU negotiator told reporters after meeting with Lithuanian Foreign Minister Linas Linkevičius.

"I am not speaking about what would happen to citizens of Lithuania or France coming to the UK after the end of 2020, because that depends on the future immigration policy of the UK. I do not know yet what that policy will be," he said.

Linkevičius told reporters that it is important to safeguard the rights of both EU citizens and UK citizens.

The UK and the EU agreed in late 2017 that the rights of UK and EU nationals will remain unchanged until Britain has withdrawn from the bloc.

Linkevičius said that the possibility of the EU and the UK failing to reach a deal on their future relations before Brexit should not be ruled out.

The minister did not comment on how Lithuania and other EU countries prepare for a no-deal outcome.

"The negotiators are determined to reach a deal," he said.

The UK and the EU expect to complete their negotiations by October 2018. Britain plans to officially leave the bloc on March 29, 2019 and enter a transition period that will end in late 2020.

The European Union 's top Brexit negotiator Michel Barnier is starting his visit to Lithuania on...

As Britain is set to leave the European Union , Ireland is seeking closer ties with the Baltic and...