Baltic pavilion in Venice to showcase architecture of shared aspiration 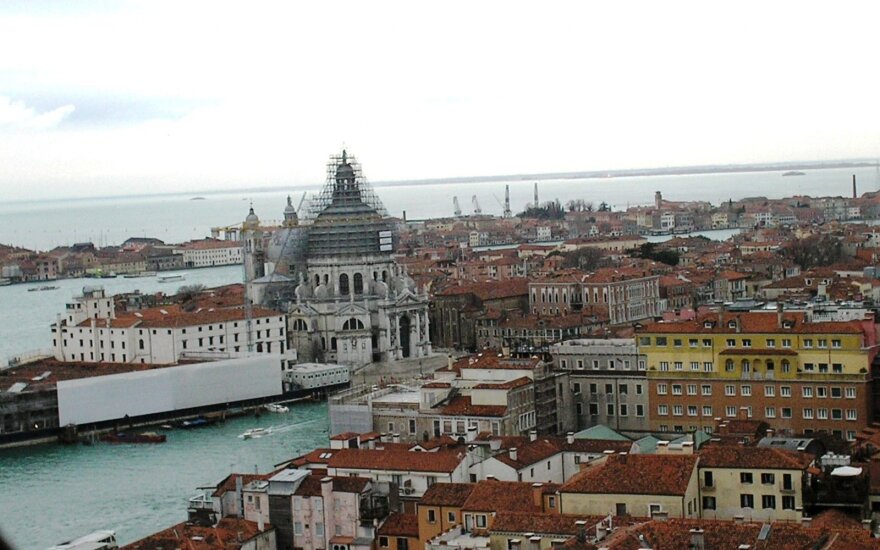 This will be the first time that Lithuania participates in one of the most important architectural forums in the world.

Venice's architectural biennial, which is part of the more than 12-year-old Venetian art biennial, was created in 1975 and was first held in 1980. This year's biennial will be the 15th of its kind.

“Architecture has become an important form of art, and the Venetian art biennial's council has decided to hold a separate event for it on even-numbered years,” said Jonas Žukauskas, one of the designers of the Baltic pavilion at the exhibition.

The exhibition's primary theme will be “Reporting From the Front”. Its art curator, Alejandro Aravena, has invited participants to focus on the essence of architecture and search for new perspectives on old elements.

“Only in this way can architecture change the world,” said the Chilean architect.

Fifty countries will construct pavilions at the biennial in May. Lithuanian architects have been trying to participate in the prestigious exhibition for a while, but this is the first time that they received attention and support from the Lithuanian government. The architects' budget is almost as large as that of the art biennial projects.

“We've known each other from before. We often met at architectural events and corresponded. When the idea arose to participate in the Venice Biennale, our lives were spread across various European countries – Vienna, Zurich, London or Berlin. When considering what direction or theme to select for our research, we paid attention to the fact that we are all from one region and that our ways of thinking were similar. I believe that a common future awaits us as well. Therefore, we had the idea of discussing what ties our countries together now,” said Žukauskas.

“We noticed that those relationships are becoming stronger and taking a fairly material and pragmatic form,” said Žukauskas.

First, the biennial's participants will draw attention to certain inert architectural phenomenon that the three countries all inherited from the Soviet Union. Therefore, one of the Baltic pavilion exhibition's sub-themes will be block apartment buildings. 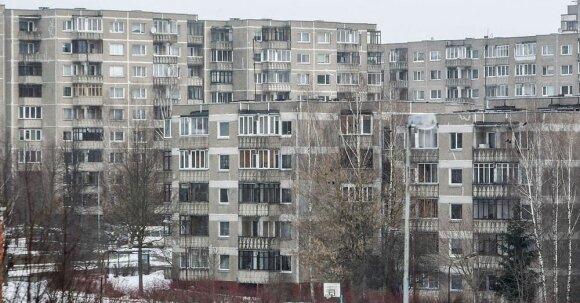 “In the Baltic neighbourhood, these buildings make up almost 60% of all residential space. This has left us with a load of problems: heating, communication, insulation, renovation. We will try to show the visitors in Venice what tendencies there are in our countries. The strategies for living with these problems in Lithuania, Latvia and Estonia are also rather similar,” said Žukauskas.

In recent years, new initiatives have been occurring in the region largely shaped by the aftermath of Soviet industrialisation. Attempts are being made to change the situation and to make geopolitically significant connections.

A new liquefied natural gas terminal (LNG carrier FSRU Independence) was built in Klaipėda. The Nordbalt and LitPol Link electrical connections were laid and the Rail Baltica and Via Baltica transport projects continue to be developed.

On the one hand, these projects implement independence-oriented goals, and on the other, they increase integration with the European Union.

“The EU itself first appeared as an economic structure in 1951, the European Coal and Steel Community treaty was signed in Paris. The Second World War taught Europeans that the best way to suppress threats of war was a common economy,” said Žukauskas.

“Basically, at the Baltic pavilion, we will try to show the biennial's visitors the processes that are changing and uniting our countries.”

What changes the Baltic face

One might ask what national infrastructural projects have to do with architecture. However, the participants in the Venice Biennale understand architecture in a broader sense: it is anything that appears, stretches across or rises out of the environment and changes its face.

“Our concept is linked to the biennial's main theme by the attempt to expand the power of what architecture can affect. This discipline could be a useful aide in opening up infrastructural changes and their meaning for people. After all, this had not previously been possible because of the occupation, and later, there was a focus on European integration.

"Now, the societies of the Baltic states can participate somewhat more actively in new initiatives. I believe that architects can be useful,” said Žukauskas. 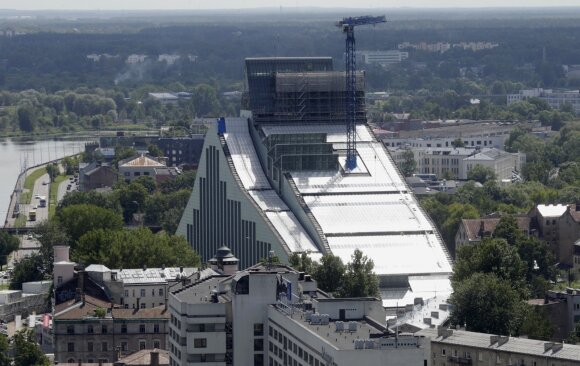 Other countries participating in the Venice Biennale of architecture traditionally try to emphasize their national peculiarities and uniqueness. The Lithuanian, Latvian and Estonian architects chose a different approach.

According to them, the strength and distinctiveness of the Baltic states lie in their ability to create common projects and to initiate projects that are beneficial for all of them.

The Baltic pavilion will be located in the Brutalist-style Palasport Giobatta Gianquinto (Palasport Arsenale) sports venue. In 2013, this building housed a joint Lithuanian-Cypriot pavilion curated by Raimundas Malašauskas.

“The building, designed by Enrichetto Capuzzo, is an important meeting place for the Venetian community. The architecture exhibition was opened for the first time, so we expect it to draw the attention of Venetian residents and guests,” said Žukauskas.

The Baltic pavilion's exhibition, discussion program and special publications are created not just by the architects, but by artists, photographers, architectural researchers and writers who have been invited to help.

The Venice Biennale of Architecture will continue until November 27.

A development plan for the Oldtown of Vilnius has raised concerns among local residents fearing that...

Lithuania‘s St. Peter and Paul‘s Church in Vilnius has topped the Catholicsay.com list of the 16...

A team of scientists led by the head of the Faculty of Engineering and Architecture at Kaunas...

Researchers at Kaunas University Technology have developed a type of ultra-high performance concrete...