B. Matelis. R. Karbauskis’ strike at V. Landsbergis – insignificant on a historical scale 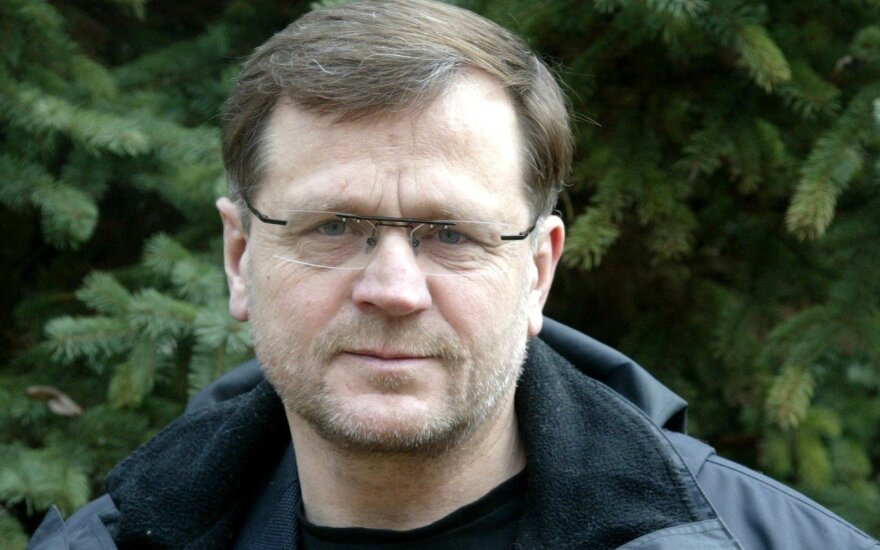 I believe that Seimas Speaker V. Pranckietis was earnest when he proposed to acknowledge V. Landsbergis as the factual head of state for when he was in the office of Supreme Council – Reconstituent Seimas chairman in 1990-1992.

However the Speaker did not consider that his former student and now the Seimas Farmer and Greens group prefect grew up in a different environment and thus may not be able to understand it.

Consider it yourselves. You live care-free in something like Naisiai, the collective farm with all the cows and lands is seemingly yours because the chairman of the farm is your father, who is well respected and in turn, those working in the collective farm bow and scrape to his kids. Nothing lacking for a care-free youth.

Related articles
PM says he backs benefits for Landsbergis, but not president's status
R. Juknevičienė responds to R. Karbauskis comments on the status of V. Landsbergis  (1)

But suddenly – bang and all the collective farm chairmen, agronomists and other specialists begin complaining within earshot of the young student that some grand piano virtuoso named Landsbergis is ascending to power and threatens to dismantle the collective farms. Supposedly he will let everyone take away the roofing from the cow pens, partial owners will have to split up the cows – some get the horns, some the hooves and some – the meat. What awaits the Lithuanian countryside?

R. Karbauskis did not lie that V. Pranckietis' opinion was not coordinated with the group. Because the word "group" in at least this grouping has an excellent synonym – "Karbauskis", so take it that the thought without the leader's permission sounded heretical.

The prefect is already doing and will do all in his power that the group would not have any other opinions and he will, no doubt, succeed in a majority rejecting the Seimas Speaker's initiative. This is because the group's composition is... well, it is something like a collective farm.

V. Pranckietis is older than his student and furthermore he is a scientist, who remembers well the atmosphere of March 11, 1990, January 13, 1991 and the other dates of import to Lithuania, grasped with a matured mind which of the politicians then was uplifted to take responsibility for the consequences. And that man took up that responsibility. And I am not talking about cheap "doctor" sausages at shops.

I believe that several other venerable Sąjūdis leaders would have stood firm, but things ended as they did. You cannot change history. A leader was needed then and was found.

An independence struggle is meaningless without a leader because such a struggle can be easily snuffed out because the world would not have had a pH strip to understand the local circumstances. The talks of various figures of that time that there were three or four leaders and there was no single core individual are worthless because then we would have to admit that there was no single leader in Poland (some electrician can't be a leader), Czechoslovakia (a dramatist), while in Lithuania if you are in power as a music and art professor, you just eat loaf bread with condensed milk. What sort of leaders are these?

What are we talking about here? Why the hell are we tricking ourselves by trying to diminish V. Landsbergis' role in the independence movement's history?

Why do we have to coordinate the recognition of that role with a mind injured in youth by the collective farms, one that does not acknowledge that the dismantling of those collective farms allowed him himself to pick up the best farms and most fertile lands? Not just nominally as the son of a collective farm chairman, but truly for himself.

The complaint about similar proposals having to be coordinated with this prefect is comparable to coordinate Lithuania's entry to NATO and the EU with him and if we turn time back even further, perhaps we would even face complaints over questions of Independence. Perhaps I am making a cynical quip, but is this not the sort of thing we are talking about?

Recognising or not that V. Landsbergis was the factual head of state and in what form this should be done to follow the ruling of the Constitutional Court should be something comprehensible for most, something that needs not be coordinated neither with V. Uspaskich, nor R. Paksas or R. Karbauskis who replaced them. We are after all talking about more than sympathies or antipathies to a man, eating loaf bread or political grudges, we are talking about nobler things.

I understand that R. Karbauskis is a businessman and having engaged his parking break he is perhaps expecting a humbled G. Landsbergis' request to negotiate over his grandfather's regalia?

Well, say that G. Landsbergis' group is not complaining, supports all of R. Karbauskis' initiatives, no longer talks about the prefect's business in Russia and D. Grybauskaitė's invitation to discuss those regalia in the Presidential Palace would further consolidate R. Karbauskis' belief that a compromise can be found over V. Landsbergis.

Oh blessed naiveté! It could also happen so that businessman R. Karbauskis will have to come to terms that negotiating over fertiliser prices is one thing and over other things in politics is another. Everyone can opt to not negotiate with him at all because V. Landsbergis and R. Karbauskis political weight categories are vastly different.

When will it have to be done? The trenches are dug already, V. Landsbergis has been trampled on again. And what if you enter the history books in such a context, God forbid?

Then it will once again, just like with the referendum on accession to NATO, be necessary to explain to everyone that no I did not say so, I was misunderstood and misinterpreted.

This is why I say – this strike of R. Karbauskis' will not erase V. Landsbergis from history, but the assailant's hand may yet hurt for a long time.

PM says he backs benefits for Landsbergis, but not president's status

R. Juknevičienė responds to R. Karbauskis comments on the status of V. Landsbergis (1)