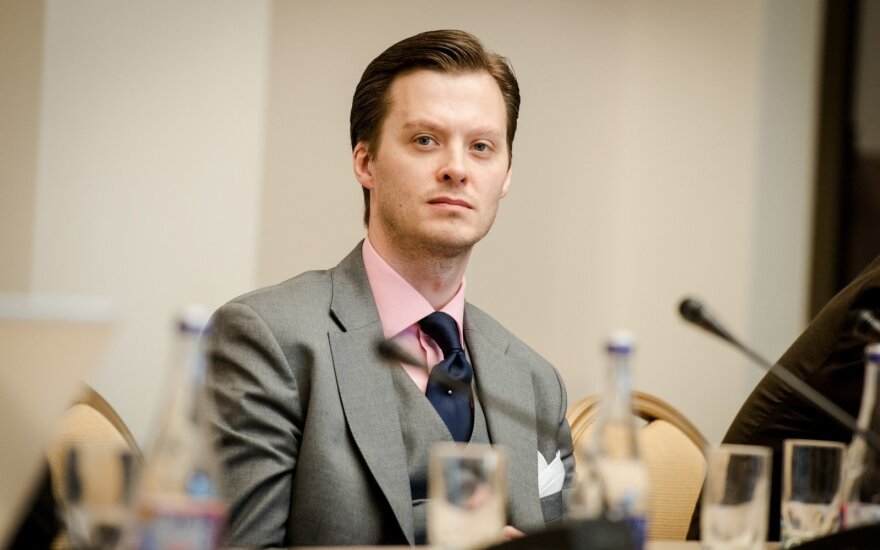 Rolandas Paksas is aiming for the office of president once more and is periodically threatening us with floods of refugees bent on entering the EU and urges to assemble a "powerful national political current" against them. Pope Francis said the opposite while visiting Lithuania, describing hospitality as a fundamental historic trait of Lithuanians. Which is more Lithuanian then – fearing refugees or understanding them? Bernardas Gailius discusses this on lrt.lt.

The answer should begin from how Lithuania has always been a country, which accepted refugees. Neighbours in the East saw more freedom in our lives, thus given the chance, gladly chose to live in Lithuania.

In the 16-17th centuries, peasants from the Muscovy often fled to the GDL lands on the border. Especially Old Believers, who were persecuted by the rulers of Russia due to their religious beliefs. The Karaites and Tatars were also brought to Lithuania not due to Vytautas. First of all, from what can be gathered, they likely happily chose to come with Vytautas, rather than being brought against their will. Furthermore, the Tatars, especially their more persecuted minority groups, fled to the GDL both prior to and after Vytautas.

Thus, people we would nowadays describe as refugees in contemporary terms, have always made up an important part of the state and society's life. Perhaps an even more important one than we are inclined to believe.

Another clear Lithuanian trait is associated with this historic trend. People, who defended their freedom many times before, know how to value the freedom of others.

In Lithuania, you can always find those prepared to aid those fighting for freedom, those suffering or persecuted for it. An excellent example is the widespread support of Lithuanian citizens that started following the 2014 political crisis in Ukraine and the Russian assault afterward. Just through the organisation Blue Yellow, more than 500 thousand euro worth of Lithuanian people's aid reached the Ukrainians, not to speak of the Lithuanian state's support for Ukraine.

Long story short, we know the taste of freedom and understand the desire of others to taste it. Accepting and integrating refugees is the historic basis of our country's life. This is the sort of "lens" we should view the future as well.

Today, the geography of freedom or lack thereof is changing, but the problem remains. Due to globalisation, we are becoming reachable for peoples we once never even had the chance to hear about. But this does not mean that we cannot understand the problems of distant peoples, which remain relevant to us all the same.

In the 21st century, the Syrians are suffering very much alike the 16th century Russians or Tatars. They lose their homes due to war, lose the ability to defend their rights because they have no one to expect justice from, they are cheated and hurt by criminals, who thrive off the conflict or are persecuted for their religion or beliefs.

By the way, if we are to talk specifically of Lithuania, globalisation has changed very little for us. It is mostly Ukrainians and Belarussians, who mostly come to Lithuania, those who clearly see more freedom and opportunities here from up close. And Tatars continue to flee Crimea, as are other Muslims from Russia.

Thus, despite changing geography, we are dealing with the same problem once again. We are accepting people, who want to live normal lives, but can no longer do so in their home countries. If we manage to look deeper, we will notice that the resolution of this problem has formed our own identity throughout history.

With such a look, it becomes clear that refugees are no threat to Lithuanity. Quite the contrary – if we ever come to lack refugees, it could be that it will become hard to remain Lithuanian. What will we do when we no longer have people at our side, who value our way of life more than we do ourselves, those who view us as free because they themselves suffer under oppression? Could it be that in such a case, we would cease to value freedom ourselves and would finally lose the most important basis for Lithuanian identity – the Lithuanian state?

Let us rather listen to the Pope than to R. Paksas. If we really do want a "powerful national political current," then let us teach all of Europe to correctly accept refugees and with their help, create a new face of the political community.

This right here is just the right challenge for Lithuania.

Experts call for allowing asylum seekers to work in Lithuania

Asylum seekers are not allowed to take up jobs or start businesses in Lithuania until they have been...

Latvian citizen detained in Lithuania for transporting illegals from Vietnam

Lithuanian border guards detained four illegal immigrants from Vietnam and a Latvian citizen who was...

The resettlement of refugees to Lithuania has been stalling for the last six months as the Baltic...

Middle Eastern refugees set to come to Lithuania in fall

Asylum seekers from the Middle East might come to Lithuania in the fall following a break of more than...

Lithuania is considering signing a bilateral agreement with Germany on the return of refugees,...