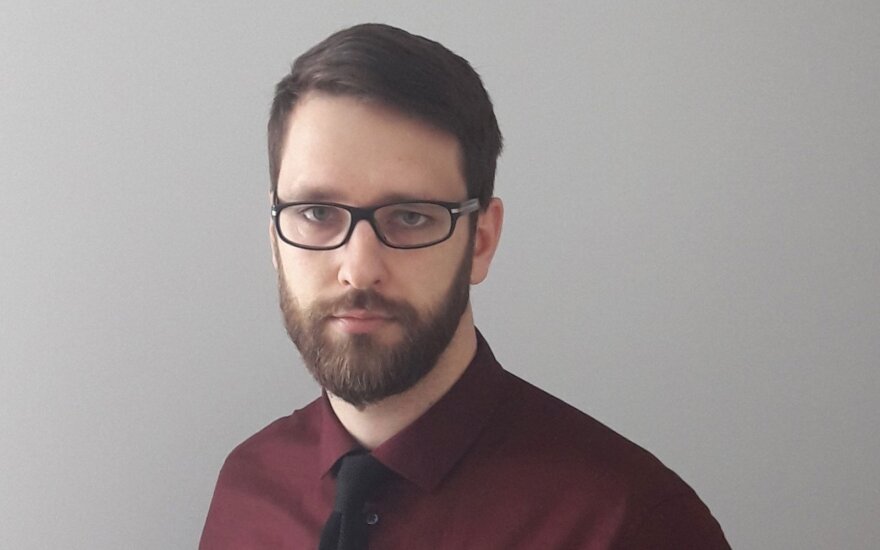 The Farmer and Greens have been composing a political plotline which has been competing for the viewers' attention for almost a year now. Intrigue, love, comedy and tear-jerking situations were featured. Unfortunately despite the tense tale, the government's work has neither led to practical satisfaction, nor aesthetic appeal. This conclusion is neither changed by the positive steps made in reforming the forestry and railway infrastructures, nor that the "Farmers" do not have commissions analysing every step or "Vijūnėlė" manors.

A number of those who voted for the "Farmers" or morally supported them, according to the most recent surveys, have finally realised that the electoral campaign was basically just empty promises and the policies enacted for almost a year now are a heap of mismatched, counterproductive initiatives. In other terms, as is often the case with movie trailers, everything looked appealing only because the sped up plotlines were "cunningly" directed.

On the other hand, what government has ever been received well by the Lithuanians? The Conservative government drove the "reform bulldozer", the Social Democrat government after that opted to sit at the side of the bulldozer instead, schizophrenically regulating the Labour Code. But the "Farmers" have their own weaknesses – say, for example how Ramūnas Karbauskis states that the main flaw is in poor communication.

Nevertheless, the reasons for the "Farmers'" past, current and future failures (perhaps even a sort of curse) are far more complex than just poorly coordinated communications. Almost a year in power shows that all political clashes and crises so far have arisen less due to accidental misunderstandings and more due to the "Farmers'" lack of political imagination upon which their political project and structures is based. Meanwhile one of the highlights of the imagined political reality is the perception that being in power and solving social problems can be, paradoxically, separate from politics.

Such a perception would mean a belief that successful governance is possible without ideology (which helps maintain a clear direction and continuity of action) and without negotiating (making decisions while keeping in mind the experiences and interests of various groups of the public). These are two aspects which separate the work and relations of politicians and the public from those of, for example, doctor and patient, lieutenant and general or engineer and contractor.

Let us recall certain events. Back during the start of "Farmer" rating growth, R. Karbauskis as is usual for populist leaders, displayed opposition to not only existing parties, but to parties overall as a form of government organisation. Professionals and a "cabinet of professionals" and not politicians are those, according to "Farmer" logic that should govern. Prime Minister Saulius Skvernelis (though it is usual that the party leader becomes the prime minister) also used many an occasion to stress that he is not and will not be "partisan". Finally the depoliticisation philosophy was supported by work – a person with no prior political experience became Seimas Speaker, education reform was begun without consultation and handed over to professionals – technocrats, the very relevant alcohol consumption problem was tackled by methods which are more reminiscent of hypnosis that political practice. The so-called tax reform can also be seen as an example of depoliticisation. In essence it does not have the weight needed for reform, only arithmetic manipulations which have little impact on the poorest, ignore the middle class and maintain the status quo for the richest.

Overall, many political problems were viewed from a mechanic's perspective: D. Šakalienė (though the MP later realised that she is better off with the Liberals than the "Farmers", as if the two parties' programme stance were similar) thought up quotas for good and bad news in order to improve the information sphere. Government chancellor M. Dargužaitė had similar thoughts. According to her, considering macroeconomic metrics, everyone should be happy and in a good mood. R. Karbauskis also proposed to solve the personally identified problem of government criticism (as mentioned – the poor communications) through analogous methods – releasing a newspaper with a print of 300 thousand. These intentions to play with information, reprogram the unsupportive reactions of citizens to positive ones, show that there is no intention of getting involved in politics – a process which sociology classic Talcott Parsons described as collective action in seeking mutual goals. In other words, there is a seemingly instinctual withdrawal from dialogue with the public, avoiding discussions regarding goals and their implementation.

Of course these missteps can be seen as stepping on a rake. However it is hard to believe that the whole tirade of such missteps is coincidental. The style of the begun reforms serves as proof. The "Farmer" leaders and their appointed professionals not only do not react to criticism, but also deny it, claiming that the criticism is levied because the government is finally starting to work. Criticism, they imply, is commissioned by interest groups which seek to retain the status quo. This is why lecturers marched from Seimas to cabinet, because they do not want change. Musicians made concerts in protests because they were bribed by the alcohol industry and so on.

In other words there is no understanding of the complexity of the public structure and the tools a politician can and should employ. This is why it comes as no surprise that current political practice in solving truly relevant problems is steeped in prohibitions and discussions that it would be a good idea to "satisfy" the discontent with convenient information (as if a sort of opium). In this case the public is seen not only as monolithic (R. Karbauskis' idea of Harmonious Lithuania is a perfect example of this perception), but also as infantile – it can be controlled as a child with prohibitions and fabricated tales. An excellent example if the Prime Minister's "fatherly" message to educators – you will only get candy when you do something (raise quality). So take it that the teachers and lecturers are at fault because they earn immorally low wages.

Of course the deduced "Farmer" distance from politics does not necessarily mean that the "Farmer" leaders or regular "Farmers" do not believe they are politicians. More likely the "Farmer" psyche is steeped in an incomplete and fairly narrow understanding of politics which does not reflect on the process of politics itself, how politics is implemented, what the interactions between government and citizens should be. In other terms there is no final understanding of the reality which the new government is dealing with. It is a sort of problem of a deficit in political imagination.

The Western understanding of political reality, which is reflected in political philosophy, was formed by reacting to mistakes, crises and tragedies and it accents that the basis of politics is respect to individual will and that politicians must serve these wills and the right of individuals, relinquishing ambitions to impose their understanding of good or goals. Turning from these ideas causes risks that a turn will be made from the individual and from the public. These are somewhat universal precepts, thus not necessarily obtained through analysis of philosophical tractates. This is practical knowledge earned during the work of a politician, not a (sic!) professional technocrat.

In summary it must be noted that the "Farmer" experiment of politics without politics is not a unique phenomenon in Lithuanian politics. Ideological confusion, the stagnation of vital state spheres such as education and healthcare, inability to solve long term problems such as emigration and social segregation show that more or less, the other political powers also live under conditions of deficit political imagination. This would appear to be one of the reasons why disputes arise more often not due to the content of policy, but form. Nevertheless, the past year particularly highlighted this problem. With the cynicism of the highest officials splitting society into useful and less useful, the order of affairs based on command, engineering or even psychiatry presupposes that after a year in power those in government should consider more than problems in communications or even the coalition.

B. Matelis. R. Karbauskis’ strike at V. Landsbergis – insignificant on a historical scale

Prime Minister Saulius Skvernelis is meeting on Thursday with Gabrielius Landsbergis , the leader...