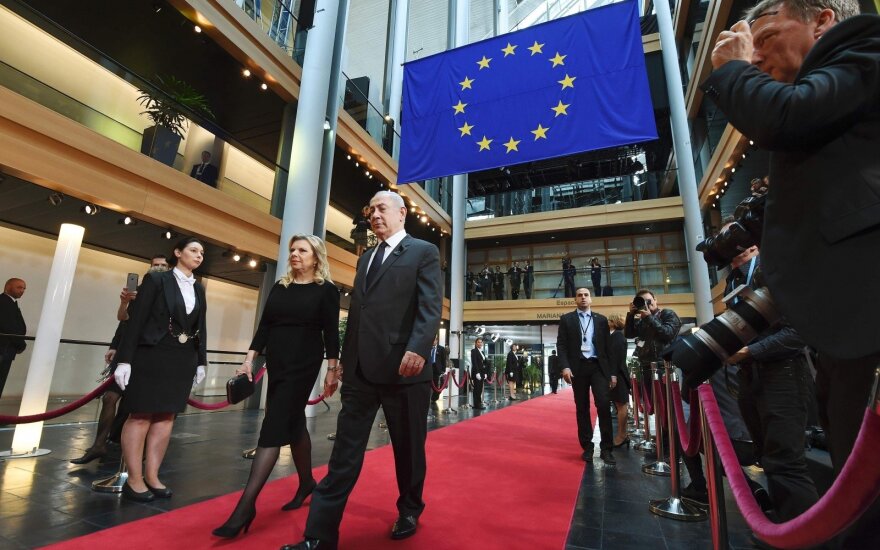 "The informal exchange of views will be the opportunity for Ministers and the Prime Minister to discuss together the state of play and perspectives of the Middle East Peace Process, bilateral relations and regional issues of common interest," the spokesperson said.

"Preparation is now ongoing. A similar invitation has been extended to President Abbas for such an exchange of views at the earliest available opportunity," he added.

Lithuania has in the past decade become one of the strongest diplomatic supporters of Israel in the EU. Many other European countries take a tougher stance toward Israel over the expansion of settlements in the occupied West Bank.

"We are seeking an EU-wide dialogue on issues that are important to the bloc and Israel. Direct dialog is of paramount importance. We can seek to bring positions, which are sometimes far apart from each other, closer only if we listen to arguments put forward in a discussion," Linkevičius said in a comment to BNS.

"We have been discussing the possibility of arranging such a meeting for a long time now," he added.

Observers say that Vilnius' pro- Israeli policy could be partly due to coordination of diplomatic positions with the United States and to the history of Lithuanian Jews. Also, Lithuania and Israel have recently stepped up their bilateral military and economic relations.

The Jerusalem Post has reported that it will be the first visit by an Israeli prime minister to the EU headquarters in Brussels in more than two decades.

Yuli-Yoel Edelstein , the speaker of the Knesset , says that Lithuania should pay more attention to...