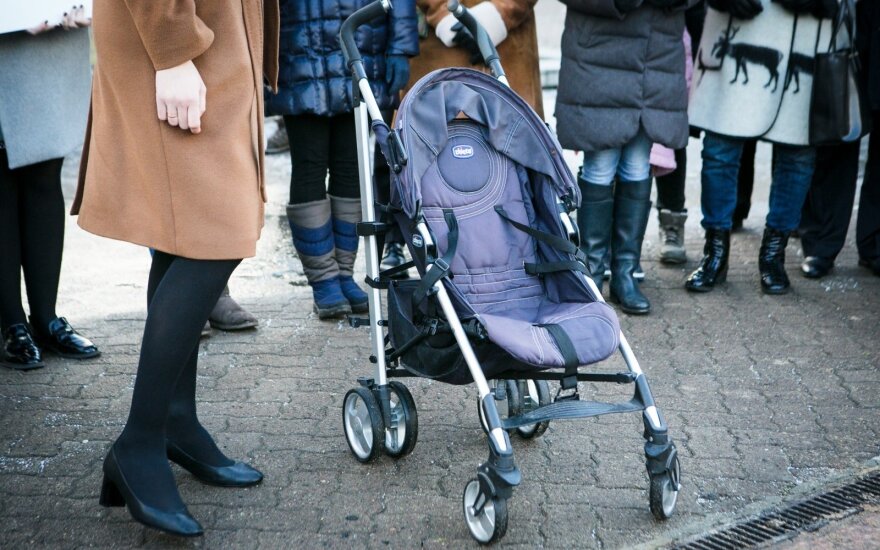 With half a year yet to pass since the Artificial Insemination Law came into force, its flaws are already being listed. There are claims that infertile couples are faced with heavy financial burdens for the permanent storage of embryos, calls have been made to also establish paid donorship of reproductive cells. The Seimas Healthcare Committee chairwoman has responded that for now there are no planned changes, the costs of embryo storage should be upheld by the treatment institutions which offer these services and donorship cannot be remunerated.

The Santara clinic fertility centre has performed over forty procedures for infertile couples this year. When they were not compensated by the state last year, the number of such procedures was some fourfold lower. There could even be far more procedures performed than this, however the head of the Fertility Association points out this is prevented by the requirement for permanent embryo storage. According to her people are intimidated by the thought that they may have to pay some 30 euro per month for tens of decades.

“The state has established this permanent burden, but those who lack funds for the freezing of embryos are forced to turn to conservative artificial insemination methods which have long been proven to be ineffective and reduce the probability of pregnancy.” Said Rūta Vyšniauskaitė-Marcinkevičienė, the head of the Fertility Association.

“Say you have to check how many embryos will appear, how many couples will want to keep them, for how long, for how much time and then we can look at how health insurance funding is used and perhaps it will be possible to attempt to review this question to make it simpler for patients,” said the department head of the Ministry of Healthcare Mother and Child Health Department, Aušrutė Armonavičienė.

Meanwhile the Seimas Healthcare Committee chairwoman is convinced that the storage costs are not a concern for the families, but rather for the clinics that offer their services. The law does not, however, identify who has to cover the expenses. According to the minister, artificial insemination services costs the state some three million euro annually already.

The newly minted legislation also outlines the unpaid donorship of reproductive cells, but doctors warn that this is almost an impossible mission. Apparently while there are male donors, it is particularly hard to find women willing to donate ova because the potential donor would be faced with hormone therapy and surgical intervention.

“Lithuania is not yet such an altruistic state that reproductive cells would be donated free of cost. This way the cells would have to be imported, similarly to sperm or ova from, for example, the European bank in Denmark. But at the same time this is prohibited for private companies and state companies are currently not doing this, leading to the same situation present prior to the legislation passing,” explained Gražina Bogdanskienė, the head of a fertility clinic.

The head of the Seimas Healthcare Committee retorts that there can be no discussion of remunerated donorship.

There are plans for around a thousand artificial insemination procedures being performed every year according to doctors, thus the requirement to warehouse the embryos permanently would lead to an eventual surplus. The majority which passed this requirement claims that there will be no problem because the legislation allows embryos to be donated to infertile couples after two years. Doctors note, however, that those aiming for donor embryos have yet to appear.