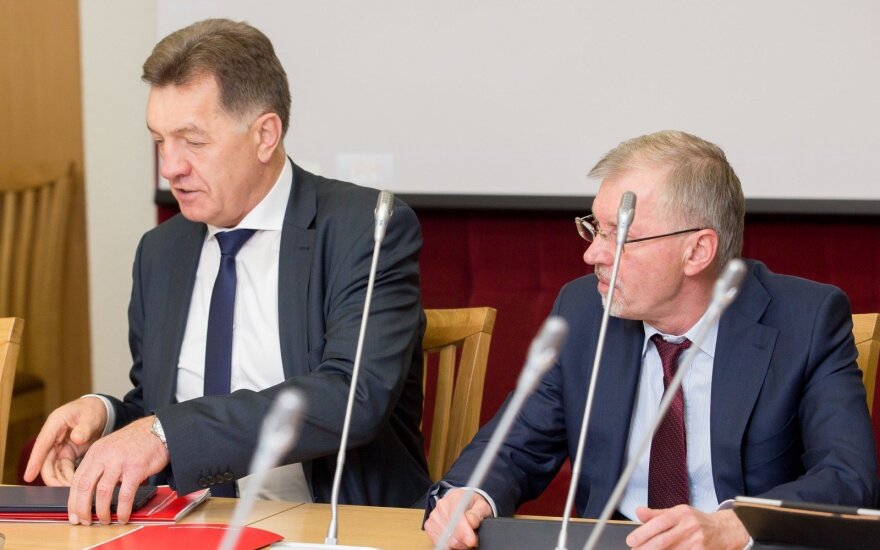 With the Seimas election a week past, political scientist Vytautas Keršanskas compares it with previous elections and notes that this year’s coalition negotiations are particularly slow. In 2008 and 2012, politicians were inclined to form their coalitions on the very night of results being announced.

“After the first night we would have a vision for the coalition, a framework, but this time it is a different scenario. A new power – new rules. The “Peasants,” on the wings of their massive victory, have decided to play and impose their rules, ones which certain parties are unwilling to accept. Just on Friday the contours began appearing,” summarised the political scientist, highlighting the several hours long negotiations between Social Democrat and Lithuanian Peasant and Greens Union representatives, after which the potential for the two parties to form a coalition was declared.

The expert points out that the Social Democrats have found an opportunity to remain in power despite their poor electoral results and are content with being the junior partner. The fact that the coalition framework only appeared at the end of the week is, according to Keršanskas, is not surprising, given the rhetoric of the winning party’s leaders.

“First of all this [the slow coalition forming process] was caused by the unexpected results and the decisions derived from it. The “Peasants” decided to take a great deal – the main posts, the main ministries and to dictate their own conditions. Meanwhile the Social Democrats and the Conservatives felt that they cannot dictate or even be equal partners and this led to a split in opinion internally – whether it is or isn’t worth joining the coalition,” mused the political scientist.