Richard Osborne | the Lithuania Tribune
Buying or selling real estate is one of the most important financial decisions we will ever make. But it’s so much more than that, it’s the place where we will potentially raise our family, share good times and bad, watch our children grow and watch ourselves grow older. The buying or selling of real estate is, in a very real sense, trading the crucible of our dreams. 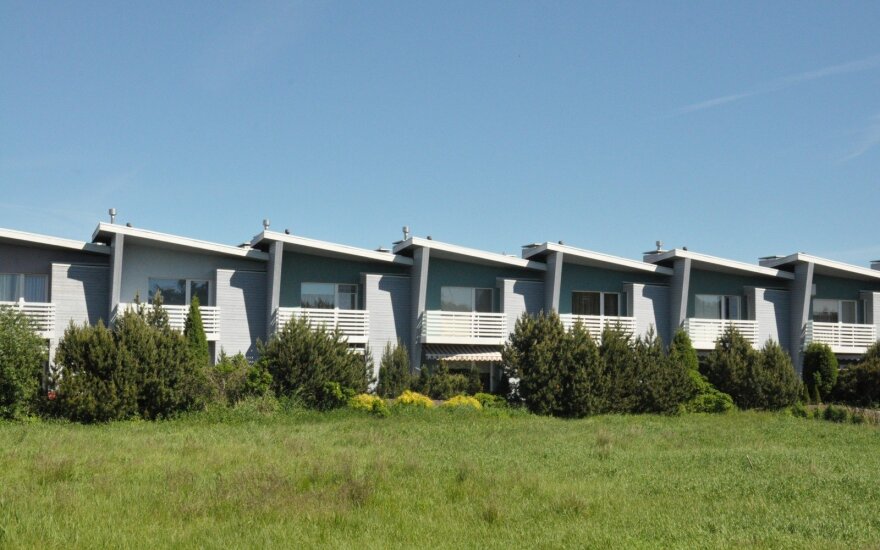 Being an Aussie, the understanding of real estate is in my blood. The average Australian will trade a minimum of 5 houses over their lifetime and it's not uncommon for families on normal incomes to trade upwards of 30.

So you can imagine my consternation when I came up against the living and breathing Iron Curtain of the Lithuanian Real Estate Industry.

Seriously, what tools has the average Joe got for performing his due diligence with the most important financial transaction of his life? Does he know what properties similar to his have sold for recently? Nope. Can he find out? Nope. He has absolutely no way of getting the information needed to make one of the biggest decisions of his life, his wife's life, or his kids' lives. The only thing he can do is can get a bank to value his property or a certified valuation from a real estate valuer but therein also lays the problem.

Do they know what similar properties to his have sold for recently? Nope. Can they find out? Nope. They can go through their own records, but that's about it. On top of that, there are the many instances of under-reported selling prices so in effect, the banks and valuation agencies have no more idea than Mr Joe Average. But, the banks or valuers are actually financially responsible for the valuations they give.

So now let me ask you a question: If you have to give a figure, without having any reasonable information to go on, and be held accountable for that figure, are you going to go high or low? Of course you're going to go low, and the lower the better. But at the same time, you still need some sort of basis for your figures, some sort of undeniable, indisputable fact to give you some level of credibility. And so we have the system with which the banks and valuers have, shall we say, "encouraged" the public to believe.

I dearly love this country, but because absolutely nothing in life is perfect, she is not without her faults, and unfortunately, the real estate industry is one of them. Ever had your home valued? Did the valuer physically come out to your home and see it? I would think not. My experience here has been that they sit in their office, look at a computer screen which tells them your home's size, location, age and floor level if you live in an apartment. They don't look at any renovations that have been done; they don't look at any improvements that have been made, only the age, size and location.

So in fact, two apartments could be side by side; one which has been cared for, maintained, renovated, improved and is a real family home, and one which has been left to decay, empty, mouldy with plaster peeling from the walls, and yet in the valuer's eyes, they would both be worth the same amount. Does that sound like good common sense to you? Nope, me neither. If, however, a valuer, be it the bank or agency, had physically seen the property, knew its history; knew exactly what had been done to it and when, knew how much and when similar properties had sold for, then the valuation would have a serious level of credibility. As it is though, being blindfolded, spun round 3 times and told to put your finger on a number on a board is about as credible as it gets.

In addition to the valuers, we also have the Real Estate agents themselves, and here I'm genuinely close to being at a loss for words but also realise that a line of the symbols you find across the top of your keyboard won't suffice either. So let me elucidate. To start with, in Lithuania, there is no code of conduct, no code of ethics that Real Estate agents have to abide by, so the agent is free to collect a commission from whoever he chooses.

Admittedly, there are many reasons why people choose to use an agent than just getting the best price. An agent could possibly save time or act as an intermediary between you and the seller/buyer. So there is certainly a use for them. However, in terms of price, an agent will give you pretty much the same estimation of value as the bank, which could be substantially lower than your home's real market value. If that's the case, and they can only get what the bank says, why use an agent at all? Selling a home for a lower than market value certainly doesn't take any great genius so why on earth would you pay someone to do it? How pointless is that?

One important thing to remember here, is that a bank will normally only lend up to 85% of a home's given value, so in the case of a home being valued at 100000 Euros, a bank would only lend up to 85000. However, what if the asking price is 120000 rather than what the bank said but the buyer has a 50000 Euro deposit? Will the bank say no because the value is too high? Of course not, they'll lend up to 85% of their valuation but in this case the purchaser would only need 70000 rather than 85000. And yet here, many people are being fed the idea that it's ultimately the bank that controls the value. It doesn't. It controls how much it will lend. Unfortunately, the line that normally gets trotted out at this point is: 'but this is the way it's done in Lithuania".

Think of it this way; in a real estate transaction there are four parties. One who wants to sell the product for a mountain of cash, one who wants to buy the product for some magic beans, the notary, and of course, the bank. Why would the parties meet at a notary? Does the notary perform checks that all works carried out are legal and above board? Nope. Do they check that all documentation is true and correct? Nope. They do however check that the owner is authorised to sell and that the buyer is authorised to buy, but that's about it. The rest, and more importantly, the risk, sits firmly with the two people who can least afford it: the seller and the buyer. Is it the notary's job to check that all works carried out have been completed to international standards and that your toddler won't be electrocuted the first time he takes a bath because the wiring was done by the alcoholic next door neighbour? Of course not, and nor is he obligated to do so. I hear the echoes of "but that's the way we do it...." And yes, I understand that, but there is a better way. Use lawyers, one for the seller, one for the buyer and who have the legal responsibility to ensure that all documentation and all works are true and correct in every detail. It removes the risk from the people who can least afford it and puts it squarely on the shoulders of the people who can. Sure, it's marginally more expensive, but it's much less expensive than the cost of consequences for your electrocuted child.

Many people say that Lithuania is a poor country, the third poorest in the EU, and yet throughout history, one of the safest and most consistent ways to create wealth has been through the acquisition and development of property or land, but right here, right now, the mums and dads who've outgrown their first apartment or young couples just starting out, are being denied the tools to do it.

An overhaul of the management of state-owned real estate would allow Lithuania to save 20 million...