After Warsaw, now comes the hard part for NATO

Judy Dempsey, Carnegie
aA
With little time to deploy promised troops to the Baltic States and Poland, and serious doubts over what do about the Russian threat in the so-called grey zone of Eastern Europe - Georgia, Ukraine, Moldova – now comes the hard part for NATO’s leaders. 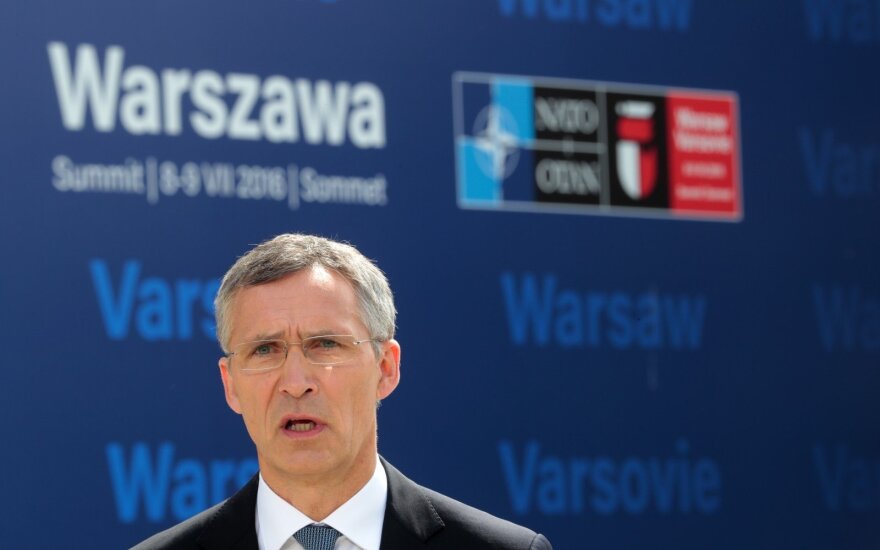 When NATO defence ministers met over dinner on July 8, they had one big item on the agenda. It was how to implement all the reassurance measures that alliance leaders had committed themselves to during the first day of the NATO summit here in Warsaw.

The alliance will deploy four multinational battalions to Estonia, Latvia, Lithuania, and Poland, amounting to a total of more than 4,000 troops. The battalions will be led by Britain, the United States, Germany, and Canada and are due to be in place in early 2017. In addition, Britain agreed to lead the land component of NATO’s Very High Readiness Joint Task Force in 2017. But 2017 is less than six months away.

And that’s what really worries the defence ministers. They have little time. The implementation of these measures is designed to test NATO’s credibility and ability to provide some deterrence in response to Russia’s invasion of the Donbas region in eastern Ukraine.

At the same time, there are fears about Russia’s further intentions in Eastern Europe. In fact, it was Russia that dominated so many of the discussions during the summit, with NATO presenting the leaders with two special reports on Russia.

The defence ministers have to deal with nuts-and-bolts issues. These include how long troop rotations will last, what level of equipment the troops should be provided with, and what kind of infrastructure will be needed to transport and serve the military and civilian personnel.

Furthermore, the issue of combat troops has to be dealt with, too. Until recently, it was hard to imagine that this would have to be addressed on NATO territory. As if that were not enough, NATO has to deal with command and control and the costs of these deployments.

NATO leaders have their own problems, too: how to maintain the unity of the alliance. This is going to be more important than ever, especially when it comes to Russia. That unity cannot be taken for granted, as French President François Hollande confirmed during the first day of the summit.

“NATO has no role at all to be saying what Europe’s relations with Russia should be,” Hollande said. “For France, Russia is not an adversary, not a threat. Russia is a partner which, it is true, may sometimes, and we have seen that in Ukraine, [use] force which we have condemned when it annexed Crimea,” he added.

Needless to say, such comments did not go down well with Poland and the Baltic states, particularly as Hollande’s remarks echoed those by German Foreign Minister Frank-Walter Steinmeier. He had accused NATO of “saber rattling”.

Another big task facing NATO is its relations with the so-called grey zone—the countries of Moldova, Ukraine, and Georgia, the latter two of which want to join NATO. “What’s going to happen to the gray zone?”

John Herbst from the Atlantic Council asked during a panel discussion on the region. “How is NATO going to project security in these countries?”

There were plenty of ideas about NATO upgrading its relations with these countries, about training schemes, and about helping complete the reform of defence ministries and armed forces.

Tedo Japaridze, a member of the Georgian parliament and chairman of the foreign relations committee, said bluntly that keeping Georgia waiting outside NATO would be exploited by Russia. That would do little for the security and stability of the region.

“Russia is trying to fill the grey zone,” said Jonathan Eyal, assistant director of the Royal United Services Institute in London. “This is not the time for NATO to be cautious.”

Republished with permission from Carnegie. Read more at: http://carnegieeurope.eu/strategiceurope/?fa=64048