A. Kubilius’ response to R. Karbauskis: offering to uncover, why the “Farmers” backed the Conservatives 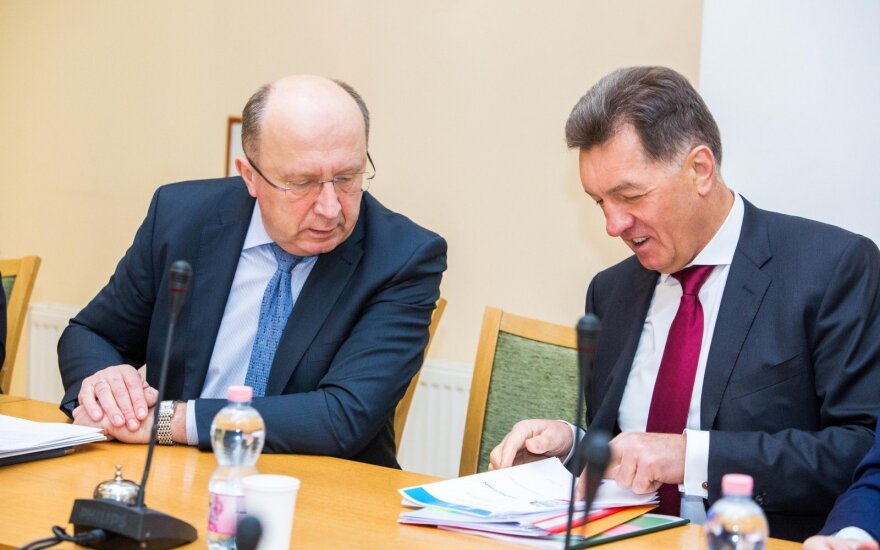 With the "Farmers" announcing their intent to initiate a new parliamentary investigation, former prime ministers Andrius Kubilius of the Conservatives and Algirdas Butkevičius of the Social Democrats do not conceal their negative view of such a step by the majority. A. Butkevičius says it is lowly, while A. Kubilius proposes to contribute to the investigation, seeking to uncover, why the "Farmers" themselves have expressed support for the Conservatives, lrt.lt writes.

The "Farmers" registered a ruling in the Seimas on Thursday over a new parliamentary investigation, which would span from 2008 and 2016. During the investigation, the majority proposes to examine related individuals and their groups' potentially illegal influence on the country's political processes, elections, parliamentary coalition formation, the activities and financing of individual politicians, parties and civic movements.

"It appears laughable to me. To me, I can say this looks stupid. Unfortunately, neither the Constitution nor the Seimas Statute do not protect from the stupidity of the majority, which I believe is reaching a critical mass," A. Kubilius, head of cabinet in 2008-2012, evaluated the "Farmer" initiative.

The conservative MP added that if the "Farmers" wish to investigate various potentially illegal influences, he has proposals, what else could be added to the investigation's goals.

"We should investigate what influenced the "Farmers" in, I believe 2010, for them – we have an agreement with R. Karbauskis' signature – to agree to support our coalition at a time when we lacked votes. We should investigate, how much it cost in further state financial commitments," A. Kubilius proposed.

"We should investigate what influenced R. Karbauskis together with Vidmantas Žiemelis in becoming the greatest opponents of Visaginas Nuclear Power Plant, initiating a referendum, which we know Rosatom was greatly interested in. We should investigate why afterward R. Karbauskis received a lucrative contract on the sale of Rostelmash harvesters in Lithuania. This occurred in 2013, after R. Karbauskis proved that he can bring down the Visaginas Nuclear Power Plant project via a referendum and one of the owners of Rostelmash, I believe Konstantin Babkin, was a very active oligarch close to the Kremlin, who financed the Crimean occupation," the conservative MP offered further avenues of inquiry.

According to A. Kubilius if R. Karbauskis were to answer his questions, he would show that he is not a coward.

"We do not fear those questions at all, but there are questions he must answer. If he is a coward, it will be proven yet again," the former prime minister explained.

A. Kubilius believes that the "Farmer" initiated investigation is in fact just R. Karbauskis' electoral campaigning, seeking to eliminate the Conservatives from the race.

A. Butkevičius: they live in the past

In an interview with lrt.lt A. Butkevičius, head of cabinet in 2012-2016, also did not conceal his negative view of the "Farmer" idea to initiate a new investigation.

"When people lack competence to resolve questions present in the country, accomplish a strategy over the coming four years, when they fail to accomplish their promises to the public, they then live in the past, criticising others.

Emotions are a massive force in political life, turning politicians against one another. I believe that you cannot create the future with the past. And if you suspect something, it is very odd and lowly because suspicion is a disease that no medical expert can prescribe medicine for," the former PM commented.

A. Butkevičius stressed he never supported parliamentary investigation initiatives unless the group voted otherwise. This time as well he promises to not support the "Farmer" investigation because according to him, the majority is using such actions to prepare for the nearing elections.

"I believe the main reason (for the investigation) is that this way it is possible to criticise certain politicians or gather political capital, with the municipal, presidential and European Parliament elections nearing," the MP stated.

Rebellion brewing in Order and Justice: Paksas called in as a saviour

The Lithuanian Farmers and Greens Union (LVŽS) invites the Order and Justice political group in...