A. Jokubaitis warns regarding the LRT: a short circuit awaits 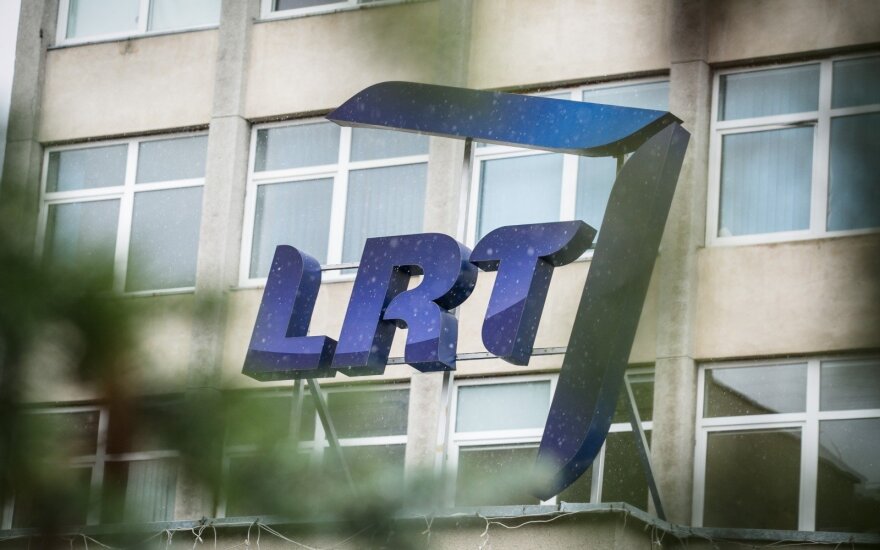 Politicians often act like lordlings, they care not that the kingdom is actually a democracy. This is the view of philosopher, Vilnius University Institute of International Relations and Political Science (VU TSPMI) professor Alvydas Jokubaitis. In an interview to the lrt.lt news portal, A. Jokubaitis stated that Lithuanian citizens need to be explained the mistake. In his opinion, if the proposals are implemented, all that awaits the LRT is a short circuit. The philosopher also believes that Lithuania no longer needs a president elected in general elections.

How do you view the Seimas' proposals on changes to LRT management and the initiative to equalise the terms of LRT Council members with the institutions, which appoint them?

Related articles
Will Vilnius be the new Warsaw or Budapest?
V. Mizaras: why do I have to believe there will come no harm to the independence of the national broadcaster?

The LRT Council's work can always be criticised when in front of you, you see the BBC Trust (the LRT Council's counterpart in the BBC). However, Lithuania is no Great Britain and the LRT is no BBC. Lithuania does not have the funds to maintain a BBC-style council. Our council has one undisputable advantage – its composition regulations protect it from the influence of politicians. Making the council members' terms equal to political terms is like removing a circuit breaker in a house's mains. A short circuit awaits.

"I see intent to control in the conclusions. In the Council's unanimous opinion, this is the majority aiming to restrain and control the LRT and the national broadcaster's independence," LRT Council chairman Liudvikas Gadeikis had this to say about the Seimas commission's conclusions regarding the LRT. What do you think, do you see such risks?

The LRT Council was thought up as a test of politicians' maturity. Many parties aimed at the LRT earlier. For example, the Conservatives could look at their archives. Only the Social Democrats and Liberals did not act foolishly in this regard. I believe that the current LRT Council lacks imagination for the defence of the LRT. The BBC council resolutely employs the services of the BBC. The mistake has to be explained to Lithuanian citizens.

You were once a member of the LRT Council, deputy chairman. Was politicians' pursuit of influence and control felt during your term as well?

Every day we would experience the intent of politicians, businessmen and other hired figures' intent to influence, scorn and control. Late council chairman Gediminas Ilgūnas stated that even in the Stalin-era prison camps it was easier to come to terms with local bosses than with our influential politicians. This was not an emotional statement. Gediminas was a strong person, who had seen and experienced much. He stated the truth – politicians often act like lordlings. It matters not to them that the kingdom is actually a democracy. If you leave any space for abuse, they will certainly exploit it. It is their talent.

Opinions have surfaced that initiatives regarding the LRT remind of actions in Poland and Hungary where public broadcasters were met with politicization. Do you see such risks toward the LRT?

I do not know much about Poland and even less about Hungary. In this case, you do not even need the experiences of other countries. Upon changing the council member appointment regulations, the risk of political control would increase anywhere. Politicians are similar across the world. From what I have seen of the Polish TVP news, they are biased. I have complaints toward Panorama and other informational shows, however the TVP exceeds us in its bias.

Due to the threat against the national broadcaster's independence, the LRT contacted the European Broadcaster's Union (EBU), UNESCO. The International Press Institute expressed concern over initiatives to strengthen control on the LRT. The Lithuanian Journalists Union chairman Dainius Radzevičius informed the OSCE Press Freedom Bureau and European Journalists Federation about the developing situation. What else do you think the LRT and journalist community could do?

When God takes away people's minds, even a letter from the pope won't help. Lithuanian journalists are divided, tired and increasingly used to glide atop the surface of political affairs. The citizenry typically raises its voice without understanding the core of the problem. Just out of rage. The politicians proposing the reform are completely convinced of their righteousness and it is hard to prove their mistake to them. The path to hell is paved with good intentions. We have landed in a difficult situation. It is necessary to distinguish nuances, but we only see two colours.

What lies behind the majority's initiatives regarding the LRT?

There can be many reasons. One cannot dismiss that it is the desire to expand the influence of political government that is at play. It could also be inexperience. Recent years in Lithuanian political life show that we will make serious mistakes. The LRT is likely the only, which an educated individual can watch and listen to without disgracing their education. This could turn into the past tense soon. Soon there will be more bickering than good shows.

How do you view the political situation in Lithuania if the presidential elections were to be won by a representative of the majority?

I cannot see that far. I only see how the current parliament is treading onto a rake and fails to hear warnings about it. I believe that Lithuania no longer needs a president elected in general elections. It is already dated.

Why do you view a general presidential election as dated? What changed during the period of independence to raise such thoughts?

The institution of president is a replacement for a king. The Smetona era established this institution's authority in Lithuania.

We now have a new situation. The independence of the president from parties and the president's strong legitimacy based on general elections (no other individual faces this) harms the weak party system and in the face of weak parliaments strengthens executive government disproportionately.

The budget of the Lithuanian National radio and Television (LRT) will rise 2.8 million euros next...