A blow to the cabinet – opposition performs an unexpected manoeuvre 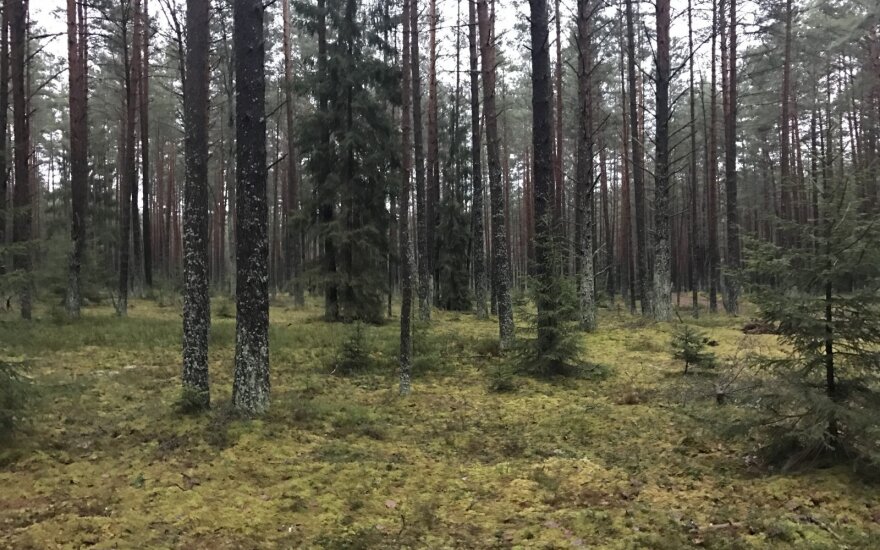 In a forest
© Justinas Vanagas

The Seimas Committee of Environmental Protection has struck a blow to the cabinet in its deliberations of the Forestry Law amendments. The cabinet reform proposal has been refused and instead a Social Democrat proposal is being put forward, being presented by opposition representatives.

The cabinet lost regarding the forestry reform. This happened due to the Seimas Committee of Environmental Protection voting in favour of amendments proposed by liberal Simonas Gentvilas and conservative Paulius Saudargas, which are seen as the equivalent of an earlier Social Democrat proposal. If it passes, the cabinet's idea of merging the current 42 forestries into one company would be scrapped, with the idea being moved to 2020, if the need arises then.

It is claimed that this new proposal received support within the committee not only from its makers, but also the Social Democrats and even some members of the Lithuanian Farmer and Greens Union (LVŽS) group including Kęstutis Bacvinka.

Stalling process and vanishing vision of a single company

S. Gentvilas and P. Saudargas amendment proposals which were only submitted on Friday morning suggest to adjust the project proposed by Eugenijus Gentvilas and Gabrielius Landsbergis several weeks ago. The amendment then suggested to remove a clause from the current Forestry Law which establishes that there are 42 forestries in Lithuania. This way forestry reform would be handed over to the cabinet which seeks to reform the sector. Meanwhile S. Gentvilas and P. Saudargas' project, which received support from 6 committee members, with 4 voting against, outlines that the right of decision in reforming the forestries would be handed to the cabinet only from 2020. Up to then the forestries could be expanded in relation to their territory size. Based on the proposed amendments, by December 31, 2019 forestries can be no smaller in size than 30 thousand hectares and no larger than 70 thousand hectares, with forestry sizes to be dictated from January 1, 2020 onward.

As Delfi was told by one of the project's initiators P. Saudargas, their project, with the support of the Committee of Environmental Protection, is a compromise which will allow to enact forestry reform from day one.

"We envisioned a transitory period up to 2020, by that time the forestries would have to merge based on a blueprint which is decided by the criterion of land size. This way the reform can be enacted from the passing of the legislation, that is the forestries would merge based on the established criteria and then the process would be handed over to the cabinet in 2020. This way we can review the present circumstances and proceed with the reform more flexibly, if it is needed," the politician stated.

Meanwhile Seimas couloirs already call the situation a "rebalancing of power". It is believed that S. Gentvilas and P. Saudargas' idea to present was only conceived on Thursday – it was perceived as a "compromise", which would allow to gather a majority in Seimas.

Unofficially it is said that the presented amendments are for the SocDem's proposal, based on which the forestries are not merged into one company, but instead increase in size and merge autonomously. There are also talks that this variant was born after a meeting of certain politicians, including one of the amendment's authors S. Gentvilas, and foresters on Wednesday and that it favours the opponents of the reform.

The reform is being called a cunning manoeuvre by the Social Democrats by the hands of the Liberals and some Conservatives, Delfi sources claim, also noting that the manoeuvre was performed behind Prime Minister Saulius Skvernelis and LVŽS leaders' backs.

Conservative leader G. Landsbergis echoes such sentiments in his talk with Delfi.

"These amendments look rather peculiar to me because they deny the whole essence of our project with E. Gentvilas. We spoke about how the responsibility for forestry reform should be set upon the cabinet, with Seimas removing the precept from law that Lithuania has 42 forestries. This would have been the most correct decision which would have adhered to OSCE recommendations and purpose of the reform. By approving S. Gentvilas and P. Saudargas' amendment, while one must stress this was mostly initiated by S. Gentvilas, the mandate for decision is left with Seimas," he explained.

According to G. Landsbergis the proposal is analogous to that made by the Social Democrats, which he claims comes as a surprise.

Meanwhile Liberal Movement Seimas group leader E. Gentvilas was not surprised by his son's idea of adjusting his legislative project and pledged support. "The largest problem today is the Ministry of the Environment's ability to do anything. Management is in disarray there now, so who will enact the reform from 2018? If we want chaos in the state owned forest sector, then go ahead, but we cannot allow it," he said.

To give an example of the benefit of the project approved by the Seimas Committee of Environmental Protection, the veteran politician brought up similar reforms in Latvia and Estonia. "Both ended up with a single company, but the Latvians enacted an immediate reform due to which they lost the European Clean Forestry Certificate. The Estonians undertook two stages and today there is no chaos with them. As such if we are to do a reform for the sake of reform in Lithuania, then ok, do so from 2018 and you will have chaos. If we want serious reform, I support working in stages," he explained.

When asked whether S. Gentvilas' proposal – upsizing forestries without creating an overarching company is not similar to the Social Democrat proposal, E. Gentvilas admitted that it is that way in the first stage. "In the second stage the cabinet will make decisions. If the cabinet sees that one forestry is the way to go, then all is fine. But what the cabinet proposed so far – one forestry starting next year and everything falls on the Ministry of the Environment. Let me repeat myself – who will do what there? They will only ruin it," he explained.

The forestry reform plan outlines that instead of one chief forestry and 42 forestries, there will be one company Lietuvos Valstybiniai Miškai [Lithuanian State Forests] which will have 25 branches. The Institute of Forestry is to also be adjoined to the company.

Cold shower for Skvernelis after Landsbergis’ visit to the Presidential Palace

State forest reform not a matter of confidence in Government

Lithuania's much-contested state forest management reform is not a matter of confidence in the...